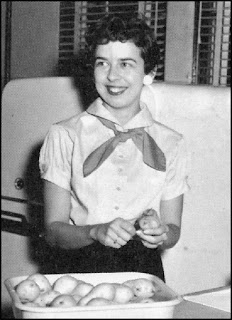 A native of Crawford and a graduate of what is now Chadron State College, she taught in for three years before coming to Chadron High. Con Marshall wrote last year that “she remembers when Cindy Huls dressed up like Rudolph the Red-Nosed Reindeer and did some tumbling stunts during halftime at a couple of basketball games during the holidays, much to the delight of the crowds…after leaving Chadron, the Lemonses moved to Scottsbluff, where Larry taught special education and physiology for 20 years and LaVona became a stay-at-home mom. While still in Scottsbluff, Larry left education for nine years and became involved in sporting goods sales and management.”

The Lemons family moved to North Platte in the mid-1980s. LaVona became Volunteer Coordinator for North Platte Schools, while Larry worked as the counselor at the Hershey Schools. Their son Jay is president of in ; daughter Jill is a counselor in , , and daughter Holly has a real estate license in . They have seven grandchildren.

LaVona and her husband Larry Lemons were able to attend the joint reunion last year for the classes of ’58 and ’59 at CHS. LaVona