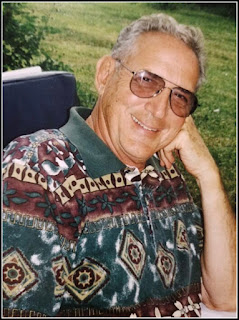 Funeral Services for Dr. Allen J. Alderman of Chadron, Nebraska were scheduled for Tuesday, June 1, 2021 at the United Methodist Church in Chadron, Nebraska. Burial will be held at Greenwood Cemetery.
Dr. Alderman passed away peacefully on May 25, 2021, in Rapid City, South Dakota. He was born in Omaha, NE, November 17, 1928.  He was adopted from the Nebraska Children’s Home Society on September 28, 1929, by Earl and Pearl Alderman of Chadron, Nebraska. Earl, a WWI veteran, worked for the United States Postal Service and Pearl was a well-known cook and baker in the Chadron area. Allen was soon joined by a little sister, Margaret. Allen attended Chadron Public Schools where he participated in sports, graduating from CHS in May of 1946.
With his friend, Gene Drake, Allen Alderman enlisted in the US Army two weeks after graduating and proceeded to Korea. He was trained as a Medic from which he acquired his passion for the medical field and helping others. He returned to Chadron in the fall of 1948 and began attending Chadron State College on the GI Bill. He met Shirley Mae Alcorn, of Hay Springs, and they were married in June 1950. He always felt privileged to have become a part of the Alcorn family.
In an unusual turn of events, he was accepted into the University of Nebraska Medical Center’s MD program during his Junior Year and he and Shirley moved to Omaha. While in medical school, their first son, Greg, was born and Karen was born during his internship in Ainsworth. He graduated as a Medical Doctor in 1954 and was commissioned as a Captain in the United States Air Force where he served as a Flight Surgeon in Denver, CO; Great Falls, MT; and Fairbanks, AK.
After serving three years, he moved his family back to Chadron and began his career as a family physician. His sons, Brent and Jay, were born in Chadron.
Dr. Alderman served as a family doctor for 40 years, retiring in 1996, and was able to deliver over 3,000 new babies during his career. Allen believed that his hometown was the greatest place in the world and sought to be involved in making his community a better place. He was a member of the United Methodist Church and greatly enjoyed his time with the men of the church. He served for many years as the sports physician for football and the Nebraska High School Rodeo competitions.
Allen was elected as a member of the Chadron Board of Education for several terms and was the board president when the new high school was built. He also served as the Mayor of Chadron. While not actually a graduate of Chadron State College, he served on the Foundation Board in an effort to continually grow the institution and maintain its excellence. Allen was an avid sportsman and enjoyed hunting, fishing, and golfing. With other leaders, he helped develop the Chadron community golf course and participated in planting many of the trees we see today.
He enjoyed his places at Lake Angostura, taking his grandchildren boating, and teaching them to play many different board and card games. Allen was a competitor and loved to win, whether it be playing pool or ping-pong. In 2017, Allen was able to discover that he had three brothers and two sisters from his birth-parents. During his illness, he was able to meet his brothers, Tom and George Gibbons, and Tom Heuer, who live in Minnesota. They made several trips to Rapid City to visit him which he greatly appreciated. Allen was preceded in death by his wife, Shirley Mae, in 1998, his sister, Margaret and her husband, Tim, all of his Alcorn brothers and sisters-in-law, and his grandson, Michael Horse.
He is survived by his children: Greg (Kaye) of Phoenix, AZ; Karen (Bill) of Sidney, NE; Brent, of Phoenix, AZ; and Jay (Penny), of Rapid City, SD; nine grandchildren, Lisa, Bryan, Sean, Ryan, Edward, Jennifer, Alexandra, and Jacob. He was also blessed with three great-grandchildren: Sydney Horse, Autumn and Eleanor Mae Sydow.
A memorial has been established Ridgeview Country Club or CSC Foundation and donations may be sent in care of Chamberlain Chapel, PO BOX 970, CHADRON, NE 69337. Online condolences may be left at www.chamberlainchapel.com