Jim Butler had a full life – taught and inspired many 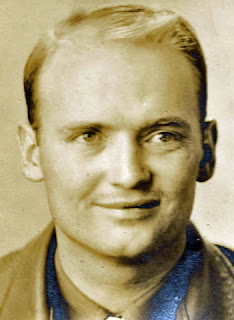 Western Nebraska – and all of us – have lost a very special man.   We've learned that Jim Butler, long-time resident of Dawes County, died Wednesday, February 28, in a Lincoln, Nebraska, hospital.  He was 99 years old.  He was a long-time educator, coach, and one-time Sheriff of Dawes County.

His passing was not a surprise.  Chadron writer and historian Con Marshall alerted many friends by e-mail that Mr. Butler had lost a battle to old age, following a series of setbacks over the past week or two.   After breaking his hip, he came through surgery, but before he could begin rehabilitation, he was dogged by not one but two strains of the flu – and then pneumonia.

But Jim Butler's was a full life.  Full of challenges but graced with so many achievements.  He was particularly proud of his family.

Funeral services are scheduled for 1:00 p.m., Thursday, March 8, at Chamberlain Chapel in Chadron.

Here is a story – accompanied by a few video clips – that we posted last year as Jim Butler celebrated his 98th birthday.   It was a small tribute to a remarkable fellow, Jim Butler – A Diverse Life!

Also, here's a link to Jim Butler's obituary in the Lincoln newspaper.
\