(Editor's Note:  This article is from the 1921 publication, "History of Western Nebraska and Its People" by Grant L. Shumway.)

William Braddock, deceased, pioneer and one of the most prominent figures in the development and settlement of Dawes county, was for years one of the best known ranchmen and cattle breeders in western Nebraska, where he gained a high reputation for his introduction of thoroughbred cattle, being one of the first men in this section to realize that well bred stock paid the best. He won marked success with the able assistance of his wife who for years was the one whom he consulted in business matters.
Mr. Braddock was born December 26, 1858, near Marshalltown, Iowa, the son of Martin and Deliah (Lepley) Braddock both natives of Knox county, Ohio, the father being of English and the mother of Pennsylvania Dutch descent. William was the fifth child in a family of eleven children, consisting of six boys and five girls. His father moved to Marshalltown, Iowa, in 1850, and homesteaded the farm where he lived the rest of his life.

William was reared in the country, and worked on the farm in his younger days so that his school privileges were limited, but he came of stock that was thrifty and industrious and laid the foundation in his youth for the great accomplishments of after years. The school that taught him most was that of experience and he learned well. He first earned money as a young boy and early learned its value.

Mr. Braddock remained at home most of the time until the. fall of 1884. He had already heard of the great opportunities open for a young man with grit and energy in the western part of Nebraska and came that year by rail to Valentine, the end of the road at the time, then joined a company of freighters to go the rest of the way. They reached Beaver valley on Thanksgiving day and Mr. Braddock often spoke of that memorable day and the beautiful appearance of the valley. He took a pre-emption at once which is still the property of his widow and heirs.

As soon as possible Mr. Braddock built a dugout on his claim and prepared to pass the winter of 1884-95. In the spring he went over onto Bordeaux creek to get lumber for some building as there was a small saw mill then owned by G. W. Messenger. The distance was only about twelve miles but on the trip a hard snow storm came up and covered all the landmarks so that Mr. Braddock became lost and wandered in the white waste for two days before finding his dugout. That was a hard winter as the snow was the deepest ever known in this section and it laid three feet on a level from December to spring.

One of the amusing experiences told by Mr. Braddock was of his winter in the dugout. He was lonely as neighbors were far apart and few and he did not trust the few prowling Indians as he believed they resented the settlers coming in and taking their hunting grounds, though they lived on a reservation. He spent many wakeful nights and heard many queer noises and after weeks of anxiety found that some sand mice had been carrying corn from his supplies up to a human skull that he had found on the prairie and kept on a shelf. After that he slept better.

With the spring, Mr. Braddock broke some of his land and farmed a little, took up a homestead and later a tree claim.  The tree claim was some distance from his other land and he found it impractical (sic) to handle and finally sold it.  That being the only piece of land of which he disposed in his many years of ranch life.  As soon as he made a little money Mr. Braddock would buy some cattle, brand them and turn them out on the range.  In the fall he would join in the round up with the large cattle owners and bring his cattle back to the home range.  He kept doing this year after year until he had a large herd.

On March 28, 1899, Mr. Braddock married Miss Julia Anna Jacobson, who was born near Nevada, Iowa, the daughter of John H. and Dora (Tow) Jacobson, both of Scandinavian descent.  In the spring of 1885, the Jacobson family came to Sheridan County, Nebraska, and took a pre-emption northwest of Rushville seven miles, where they lived twenty years then moved near Mullen, Hooker county and continued in the ranch business.

Mrs. Braddock went through the common schools and was teaching at the age of sixteen. Later she attended the Rushville high school. She received only twenty-five dollars a month but invested what money she could in calves each year and when she was married added twenty head of fine cows to her husband's large herd. Of this accomplishment she was justly proud. After her marriage they worked harder than ever as both she and her husband toiled early and late. They attained a remarkable success however, and she feels that they were well repaid, as at one time they had twenty-five hundred head of cattle before the free range was done away with. After that the owners sold many cattle and kept smaller herds.

Mr. Braddock was one of the first men to see far ahead and realize that irrigation was to be the great thing in western Nebraska and built nine miles of ditches on his ranch, as he had the priority water rights from Beaver creek along which his land streched (sic) for fourteen miles. His entire ranch is fenced with four wires and cross fenced with posts every rod so that that (sic) his improvements were some of the best in the west.

The Braddock ranch has five hundred acres of alfalfa which is usually cut three times a season, two hundred acres are native wheat grass meadow which usually cuts three hundred tons of hay per year, and the ranch is one of the best located and most beautiful in the state, lying in the beautiful Beaver and White river valleys. It stands as an enduring monument to the man and woman who spent so many years of their life here, reclaiming the virgin prairie to productive farm purposes.

In 1908, Mr. Braddock bought his first registered Herefords, gradually worked out of grades and into pure bred cattle. At the heighth (sic) of his career he died, January 7, 1917, a great loss to his community and mourned by all who knew him.

After her husband's death, Mrs. Branddock (sic) with undaunted courage assumed the full control of her husband's business and has made an enviable record as a business woman in the northwestern country where she is widely and well known. Her large herd of Anexiety 4th cattle, some seven hundred in number, are said to be the finest in the country by experienced cattle men who are breeders themselves. Mrs. Braddock had the honor of having the first show herd of this kind of cattle exhibited at a National Stock Show, from Dawes county and the county boasts that it has more pure bred white faces than in any territory of its size in the United States.

Mrs. Braddock exhibited at the Denver Cattle Show of January, 1921, where she won a premium on every animal exhibited. This in competition with veteran breeders who have been showing cattle for many years, a rather unusual honor for a woman. When asked by a friend, "Mrs. Braddock, were you not surprised?" She replied, "No, this was not thought out or accomplished in a day. Many months of careful watching of the development of different individuals are necessary in the selection of a show animal, and I have made an intensive study of the various types of beef cattle for several years. Right now I am planning and preparing for the 1922 shows."

Mrs. Braddock is a woman of high culture and refinement as she has studied these many years in spite of the trials and hardships she endured on the ranch in the early days. She has two cultured daughters, Gladys Enid, who after graduating from the Chadron State Normal School, in Chadron attended the Nebraska State University, at Lincoln and is now attending the University of Chicago, and Wilma Doris, who is in the ninth grade of the normal school at Chadron.

Mrs. Braddock has a beautiful home in Chadron and now lives surrounded by all the luxuries and comforts that wealth and culture can afford but she says that wealth is not all in life to live for and is desirous of assisting in the farther development and improvement of Dawes county where she has played an important part in stock raising and agriculture. She stands high in the community respected by her business associates and loved by the many old friends. Few women have been able to take up such a large business enterprise and make the success that she has. 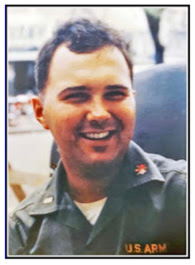