Life-long Chadron resident and good friend Wayne Jones has died (7/4/09) at age 65. He passed away at the Chadron Community Hospital following a four-year battle with respiratory problems. 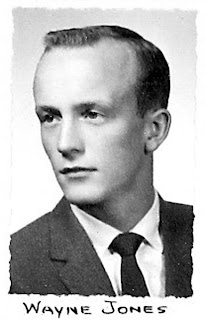 Wayne graduated from Chadron High School in 1962 and Chadron State College in 1966. He chose to stay in the community and raise his children there. Recognized as a successful teacher and administrator, he worked in the Chadron Public Schools for some 33 years – 21 of them as principal at Chadron High School.

Wayne grew up on a ranch about 13 miles northeast of Chadron along White River. I always had an interest in his home place, since it was there that my mother – Lettie (Maiden) Miller – was born and raised a generation earlier. Several times, Wayne graciously offered to give me a tour of the ranch when I was back in Chadron; alas, that tour would never take place.

Details about Wayne’s passing were included in this news story written by Con Marshall for the Chadron Record. Wayne's obituary appears in the Record as well.

Con’s story recounts how Wayne never abandoned his farm background. He was apparently the last CHS graduate to earn the State Farmer degree awarded by the Future Farmers of America. He routinely returned to the family ranch to help with calving and other chores. 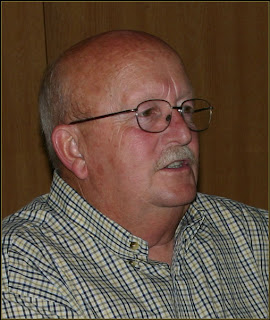 We had last visited with Wayne and his wife, Suze, two years ago when the CHS Class of 1962 had its reunion. We posted several pictures from that gathering, including some of Wayne, in a reunion photo gallery.
~
Wayne’s leadership transcended education. He was active in the community and served as a member of the Chadron Community Hospital Board of Directors for more than two decades. While we knew of these and many other endeavors by Wayne over the years, we didn’t know about his organizing the Christmas lighting project at Finnegan Park.

Wayne and Suze lived near the park, and he apparently played a key role in helping turn the park into a “holiday showplace,” as Con described it. Having spent much time playing in that park as a youngster, I have a special fondness for it. While it’s too late to express my appreciation to Wayne for this deed, I’m making it a point to join others in visiting Finnegan Park next Christmas. And then I’ll remember – and thank -- our good friend Wayne Jones for his many contributions to the kids of Chadron and the entire community.

Our thoughts and prayers go out to Suze Jones, daughters Heidi and Heather, and the entire Jones family. Wayne was a class act and will be missed sorely by the Chadron community and all who knew him.