So, who was Ross Armstrong? And Beatrice Koch? And Doris Gates? 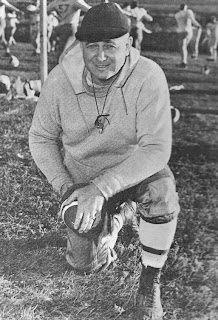 Anyone who’s ever had a relationship with Chadron State College probably knows who Ross Armstrong was. The long-time coach, Athletic Director, Dean, and foundation administrator impacted the lives of thousands of young men and women – some more than others. Today, most students at CSC know of Armstrong only as the man for whom the Armstrong Building is named.

Names like Armstrong, Kline, Koch, Thoendel, Andrews, Gates, and many others, remain vivid for lots of us – whose ties and associations with the college reach back to the 1950s and earlier.

After meetings last weekend on the CSC campus – recalling several Chadron State faculty members who left their marks on students – I decided to share some thoughts about a few of those teachers who touched my life in a special way. In coming days, we’ll reminisce about some of those folks. But this particular posting will focus on a pert professor who had a big impact on many CSC students – including this writer.

I was only three years old when 51-year-old Beatrice Koch came to Nebraska State Teachers College at Chadron as a member of the English Department. A native of Fullerton, Nebraska, she was a graduate of the University of Nebraska. She later earned an M.A. at Columbia University. After a two-year stint teaching at Rising City, she had moved to Norfolk, where she taught high school from 1920 to 1943.

Among her many students at Norfolk: entertainer Johnny Carson and U.S. Senator Gale McGee of Wyoming. 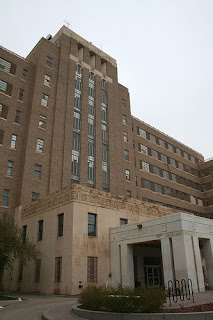 During World War II, Bea Koch volunteered to work in the Fitzsimons Army Hospital (shown at left) near Denver, but in 1945, she returned to the classroom in Plattsmouth, Nebraska. In 1946, she came to Chadron and would teach English at the college until she reached the Nebraska mandatory teacher retirement age of 70 years.

I cannot remember Miss Koch walking anywhere without a sense of purpose. I still can hear the “clickety-click” sound of her high heel shoes moving her down the hall of the Administration Building at warp speed when I took her Freshman Composition and Introduction to Literature classes in 1961-62. By that time, I had been working as an announcer at KCSR Radio for nearly three years, and I remember Miss Koch taking me aside after one class and gently – but pointedly – reminding me that I had a “special responsibility” since my work on the radio would be heard by many people. 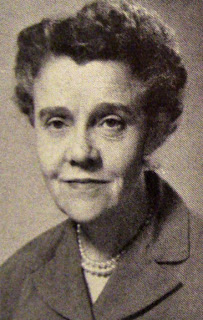 “Take care to do the best that you can,” she admonished me. My frequent relapses with the English language over 50 years in broadcasting would often cause me to be haunted – with appreciation – by Miss Koch’s words.

Forced to step down from teaching in Nebraska, she moved to Huron, South Dakota, and taught another eight years before retiring.
Our long-time friend Jim Zeman, a Chadron native who graduated from the college and went on to a prestigious career on the faculty at Northern State in Aberdeen, South Dakota, had at least one class under Koch and remembered her as very much “a traditional English teacher” who was full of energy.

Con Marshall, retired CSC Director of Information, probably knows more about Chadron State College and its graduates than anyone else, told me recently that Miss Koch had a real impact on his career and that "she's a big reason I made it through college."

And Con remembers this anecdote. “She once said that the reason she never married was she’d never met a man she couldn’t live without!” Koch was definitely independent, but not without a sense of purpose – and humor. He also recalls hearing that Miss Koch had a twin sister and that they excelled at tennis as University of Nebraska co-eds. Con concedes that the story may not be verifiable, but I think it's probably true -- or it should be!

Beatrice Koch was active in education for more than half a century, and in 1984 she was awarded the Chadron State College Distinguished Service Award for her significant contribution to the college. She died December 28, 1989.

But I still can hear that clear and forceful admonishment from the diminutive Miss Koch:

“Take care to do the best that you can.”