It was the fall of 1918 and Armistice Day was just around the corner, finally bringing an end to The Great War.  Out here in Dawes  County, Frank Hamaker had just harvested a record crop of potatoes.  There was so much interest in the "Great Spud" that a bushel basket full (that would be one potato) was sent to the governor.  Readers of the October 20th edition of  Omaha Daily Sun learned about it from this photograph and caption. 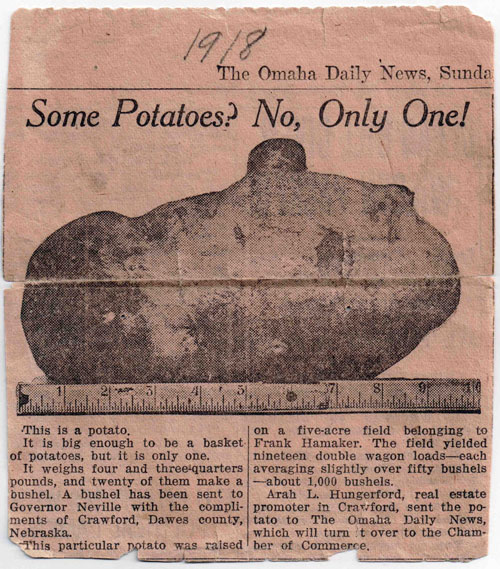